Innovation Systems • Orbital ATK Archive
Share Tweet Share Email Print
Orbital ATK recently presented its Outstanding Leadership Award to three individuals – one each from the Flight, Defense and Space Systems Groups – who exemplified outstanding leadership and personal commitment during the company’s first year. Each of the award winners were recognized for their important contributions that led to significant operational successes and new business capture for Orbital ATK. The 2015 Outstanding Leadership Awards were presented to: 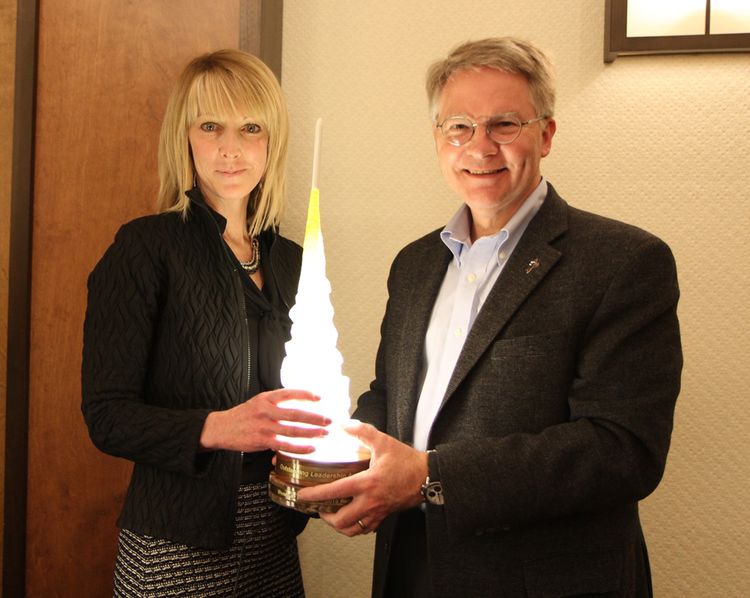 Wendy Williams, Vice President of Strategy and Integration of the Flight Systems Group

Wendy was recognized for her leadership in capturing the GEM 63/63XL solid rocket booster contract with United Launch Alliance (ULA). The success for the GEM 63/63XL contract pursuit resulted from tireless effort that drew from the capabilities and contribution from all three Operating Groups. To date, the GEM booster contract is the largest example of revenue synergy resulting from the combined Orbital and ATK capabilities. 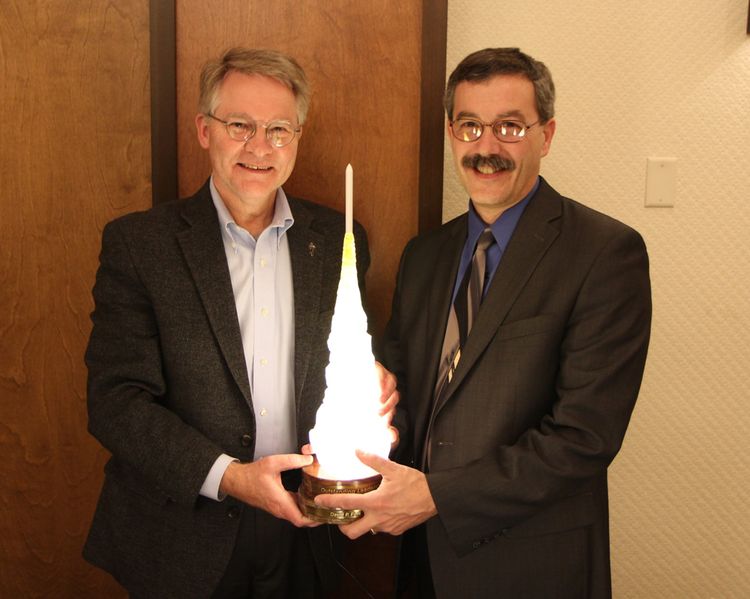 Dave was singled out for his long-term leadership in shepherding several fuze programs from development to production to deployment, which made a major contribution to DSG’s new business totals in 2015. Included in these programs are the Hard Target Void Sensing Fuze, which is a marvel of sophisticated engineering, rugged enough to blast through meters of concrete and hard rock, but sensitive enough to detect minute changes in its environment as the weapon penetrates through layers and voids inside deeply buried targets; the Guided Multiple Launch Rocket System (GMLRS) Alternative Warhead for the U.S. Army which leaves behind no unexploded ordnance that can harm innocent people later; and DSG’s largest contract award of the year, the FMU 139D/B all-electric fuze, which will be a franchise product for the company for years to come. 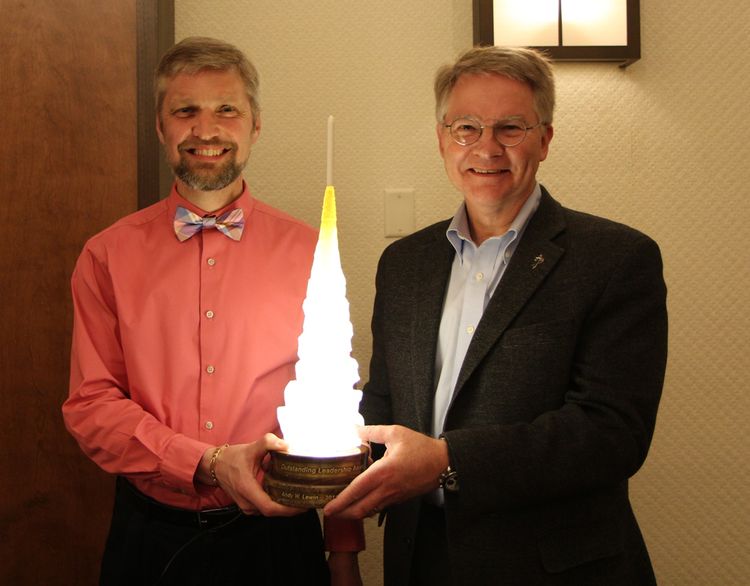 Under Andy’s outstanding leadership, the program progressed from contract award, to operational status in a remarkably short period, and has met or exceeded its operational requirements. In addition, since the deployment of the first two GSSAP satellites in 2014, the Air Force has awarded Orbital ATK additional follow-on business.